Every dog parent will tell you that dogs are indeed human’s best friend! Dogs all around the world and throughout the time have proven that they make a difference not only in their human’s life but in the world as well. These dogs have gained the world’s well deserved recognition. Here are some of the most famous dogs.

Undoubtedly the most famous dog in the world is Laika, the first dog in space. Laika’s life story is both incredible and sad. Before she was chosen for the Soviet space training program in 1957, she was a stray dog. Out of three trainees she became the sole occupant of the Sputnik 2, and the first dog to orbit the Earth. Unfortunately, technology wasn’t what it is today. There wasn’t a return mechanism developed, and it was not possible for Sputnik 2 and Laika to return to Earth safely. Soviet officials claimed that Laika was euthanized prior to depletion, on the 6th day of orbit. But, it was revealed in 2002 that Laika died within hours of the launch, due to overheating. To commemorate her sacrifice, Soviet officials have built a small monument to Laika, near the military facility where she was trained.

The story that leaves everyone in tears, and that proves, once again, how pure and loyal dogs are. Hachiko was an Akita dog who lived with his human Hidesaburo Ueno near the city of Odete in Japan. His human was a professor at the University of Tokyo, and had to go to work by train. Every day, Hachiko would accompany him to the train station, and wait for his return nearby Shibuya Station to greet him and follow him home. One day in May of 1925, his owner did not come home from work, he had died of a cerebral hemorrhage. But, his loyal friend kept waiting for him at the train station. Every day for nine years, Hachiko waited for his human to arrive. Hachiko never went back home, and died in 1935 on the street in Shibuya.

Appollo of the Canine rescue team

During the horrid event on September 11, 2001 when the World Trade Center was attacked, within 15 minutes a canine rescue team was dispatched. Among 350 SAR dogs on the scene was Appollo with his handler Peter Davis of the New York City Police Department. His mission was to search for survivors and find bodies of the deceased. SAR dogs worked with their handlers for up to 16 hours a day, and for over a week they tirelessly searched for survivors. Animal Planet reported: “It became evident that the dogs were nearly as distraught as the human rescuers when there were so few survivors to be found. For the human rescue workers, the lack of survivors made the attacks feel ever more horrific and tragic. For the dogs trained to find survivors, though, it felt like a personal failure.” German Shepherd Appollo and his colleagues managed to find and rescue a great number of people, and for that they will always be remembered.

Smoky was a Yorkshire terrier that became a sort of a WWII mascot. An American soldier found Smoky in 1944 in the New Guinea jungle. This soldier, William A. Wayne, became his human and partner for the next two years. Smoky slept in Wynne’s tent and shared his rations. She followed him around and survived 150 air raids on New Guinea next to him and made it through a typhoon at Okinawa. It was her hearing and ability to sniff out danger, that saved soldiers’ lives on multiple occasions. Smokey warned soldiers of incoming fire, and she was the first therapy dog on record. Yank Down Under magazine has named Smoky the “Champion Mascot in the Southwest Pacific Area” in 1944.

During World War I, American soldier Lee Duncan saved a dog from a French battlefield. When he returned to the U.S. he trained the German Shepherd Rin Tin Tin, and even got him a couple of small roles in silent films. Rin Tin Tin got his big break in 1929, when he scored a starring role in the movie “Where the North Begins”. Both the movie and Rin Tin Tin’s acting were a big success. This movie is considered to have brought Warner Bros back from bankruptcy. Rin Tin Tin was the first canine movie star, and had a part in 27 movies. 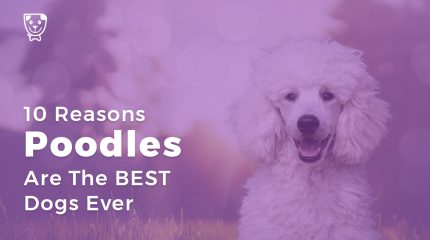 10 Reasons Poodles Are The Best Dogs Ever

Brains, beauty and versatility – Poodles have it all. If you’ve ever loved a Poodle, you already know why they’re the best dog breed for ... 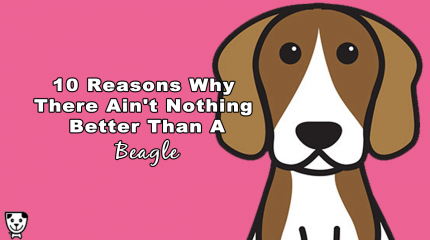 10 Reasons Why There Ain’t Nothing Better Than A Beagle

Do you share your life with a Beagle? You can probably think of dozens of reasons why you could not imagine life without them. Here’s ... 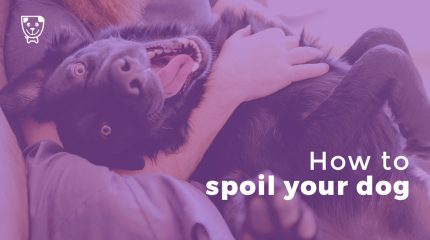 Last Friday was Spoil Your Dog Day, and many took it as a perfect excuse not to hide their crazy sides, but shower their dogs ...