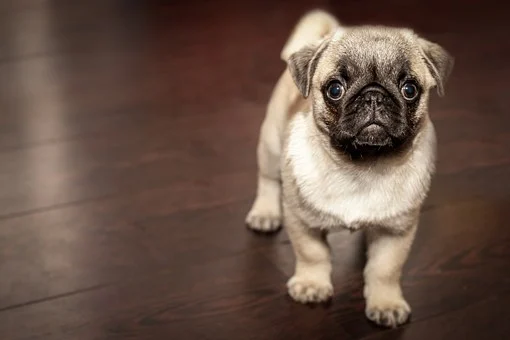 Top 7 Wayw To Distract Your Dogs During Thunderstorm

Human beings are often known as the beings of evolution. A species that constantly evolves and makes use of the surroundings around them. The ancient humans used stones to generate fire, the medieval humans used wheels to facilitate machines, and modern humans use technology to make things easier. The huge tasks like traveling and sending products from one place to one another are no longer cumbersome and tiring. The tendency to grow and change with the surroundings is a vital part of the theory of evolution. It is one of the reasons why humans have survived many catastrophes during their journey on the planet.

The same trend is also the same with the relationship between animals and humans. The ancient human beings started hunting animals and used them as a source of their food. Medieval humans began to understand animals and use them to their advantage. It included cattle and also animals like dogs, cats, and many more. Modern human beings took it a step further and made the trend more popular. The pets in modern families include dogs, cats, lizards, spiders, and many more. Cattles like cows, bulls, and animals like horses also are owned by many Americans.

Research by Statista shows that more than 85 million dogs have American owners around the end of 2020. The numbers are far greater than any other animals in the households. The collective number of cats, spiders, lizards, horses falls way short when compared to dogs. The story of dogs and humans goes way back to the medieval ages. Since an earlier age, dogs have proven to be very beneficial for humans. They have helped guardhouses, farm cattle, and also as a hunting help in many instances. Yes, medieval humans trained their dogs to facilitate them in hunting other animals. It is a testament to how handy dogs can be in the right circumstances.

RELATIONSHIP BETWEEN DOGS AND THEIR PARENTS

Many might have read twice the word parents in the above subheading, as they are used to the terms like pet owners. The phrase might sound apt, but it is not a fair reflection of the relationship between the pet and their human counterparts. The body language and the hygiene of the pet come from their human parents. Studies show that the daily schedule of humans directly affects the pets in their homes. Dogs have an added advantage in this regard as they can interpret the emotions of humans around them. Many dogs get training to help humans while they suffer from panic and seizure attacks. The relationship between a pet and humans should be of parents rather than a question of ownership.

Similarly, how humans react to the conditions around them is very critical in the upbringing of pets. If humans make pets a part of their routine, the animals will do the same. The more you include them in daily tasks and participate in the daily exercises, the closer you get to your furry friends.

Modern times have evolved, and with time they have become more problematic for animals. Problems like fast traffic, natural disasters, and many more are more challenging for animals to face. The recent member in this list is thunderstorms. They make dogs anxious and can cause them to deviate from their normal behavior.

Safe rooms are popular among American households. They have been in the culture of domestic houses since the world war era in the country. Safe Rooms are essential whenever a crisis of nuclear war or a natural disaster like tornado hits. The same can be true for animals as well. The safe room should be present with fabric that does not allow the sound of a thunderstorm to penetrate. The sounds cannot penetrate, making your dogs not give attention to the loud sound of thunderstorms.

Exercise is critical to human parents, and the same is true for their furry friends as well. A well routine schedule of physical activities reduces the anxiety and stress in dogs. They can well be a mixture of walking, running, and playing fetches with their favorite human parents. The exercises calm down the dog and help the mind to relax. It ensures that the dog does not divert attention to other things. It can facilitate dogs to deviate attention to the noises coming from a thunderstorm which cause the most problems.

The most common form of reward system mechanism is physical attention between the caregivers and pets. The belly rubs are the most common way to show your affection towards pets. Some dogs like it so much that they can avoid the tasty treats in front of them. Placing your hand on the belly of your dog can be very beneficial to the animal. It calms them down instantly.

Toys form a large portion of the daily lives of your pets. They are a source of relaxation and reduce anxiety. It can be a ball that your dog likes to chew, and many more. Placing toys in safe rooms can be critical to ease your pet during the testing times of thunderstorms.

The way pet parents present themselves during testing times is critical. If you see a thunderstorm approaching, make sure to spend some time with your pet. The presence of humans around them calms them down. It is essential to be with your pets during the loud sounds of thunderstorms.

The stress and anxiety due to the sound of the thunderstorm can be harmful to pets. The ears of dogs are extra sensitive to sound, and it can be harsher on them. There are several options available, like chemical-based products and CBD-Based products from CBDfx UK in the market. They reduce the anxiety levels helping your dog relax instantly.

Before starting with medicines and safe rooms, consulting your vet is necessary. There are several things vets can teach pet parents to relax their dogs. Vets can also get your dog started with medications reducing the anxiety levels.

Humans are social and adaptive. The traits have helped us to survive centuries on the planet Earth. Technology has facilitated this growth and also has some side effects. It is critical to guide your dogs through the problems they face from thunderstorms and other disasters. Safe rooms can be very vital in the act, and they require minimal investment. A happy dog generates the same vibe in their parents, improving their well-being. A less anxious dog is always great to have around your family. 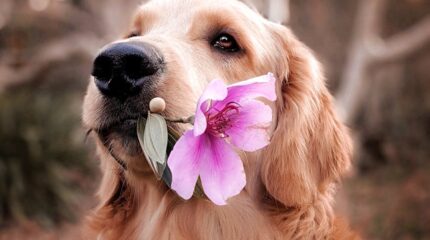 How to Have a Happy Dog

Author: Alex Richerd Every dog has their unique personality and you can use the tips below to make sure your pup is happy which is ... 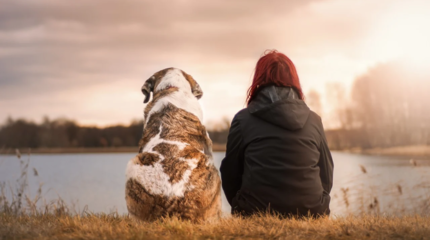 Written by Pauline Gray The glorious pleasure of communicating with a dog is observed in many individuals around the world. Many of them have seriously ... 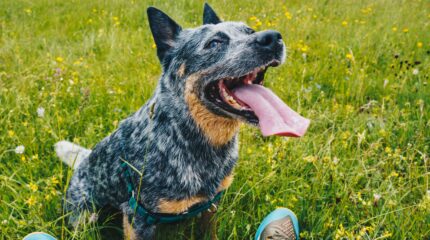 Practical Tips for Keeping Your Dog Cool and Safe This Summer

Guest post by Isabella Lovett As hotter than usual temperatures are expected to continue across most of the U.S. this summer, scientists say that the year 2020 ...