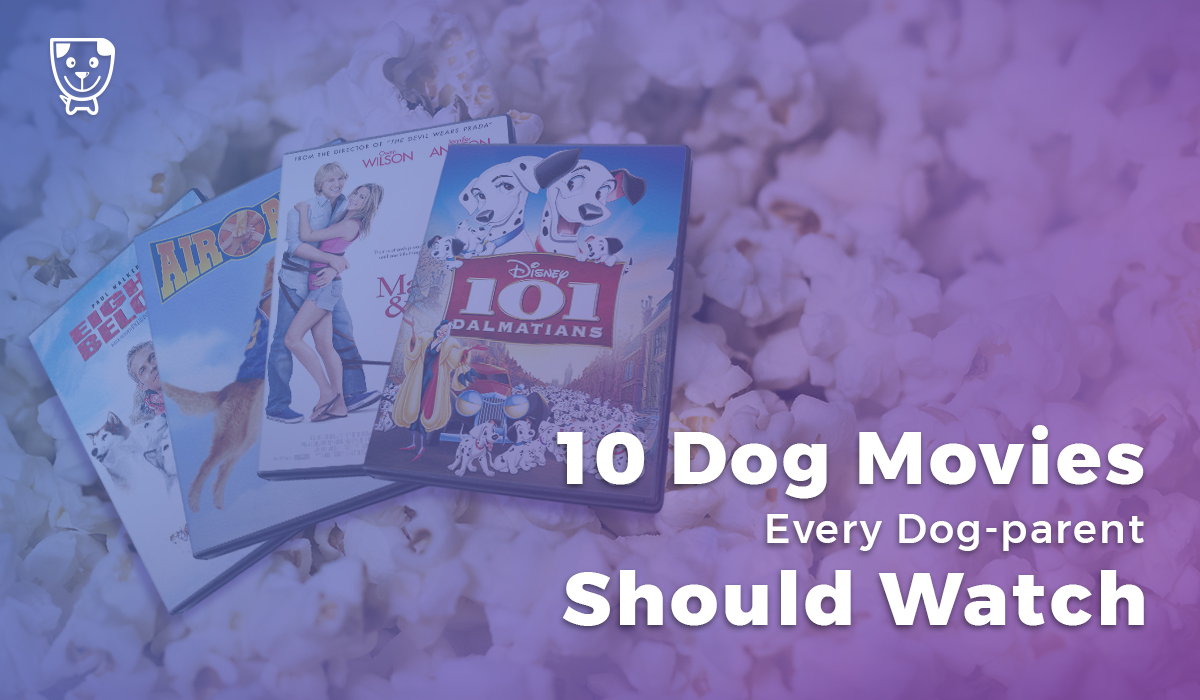 If you are searching for good dog movies to watch, you’ve come to the right place! We have some recommendations for you. Here is a list of ten dog movies you should watch.

Disclaimer: Most of the movies (if not all) on this list will make you cry. Either because the movie is sad, or the dog character is just too cute to handle.

Lady and the Tramp 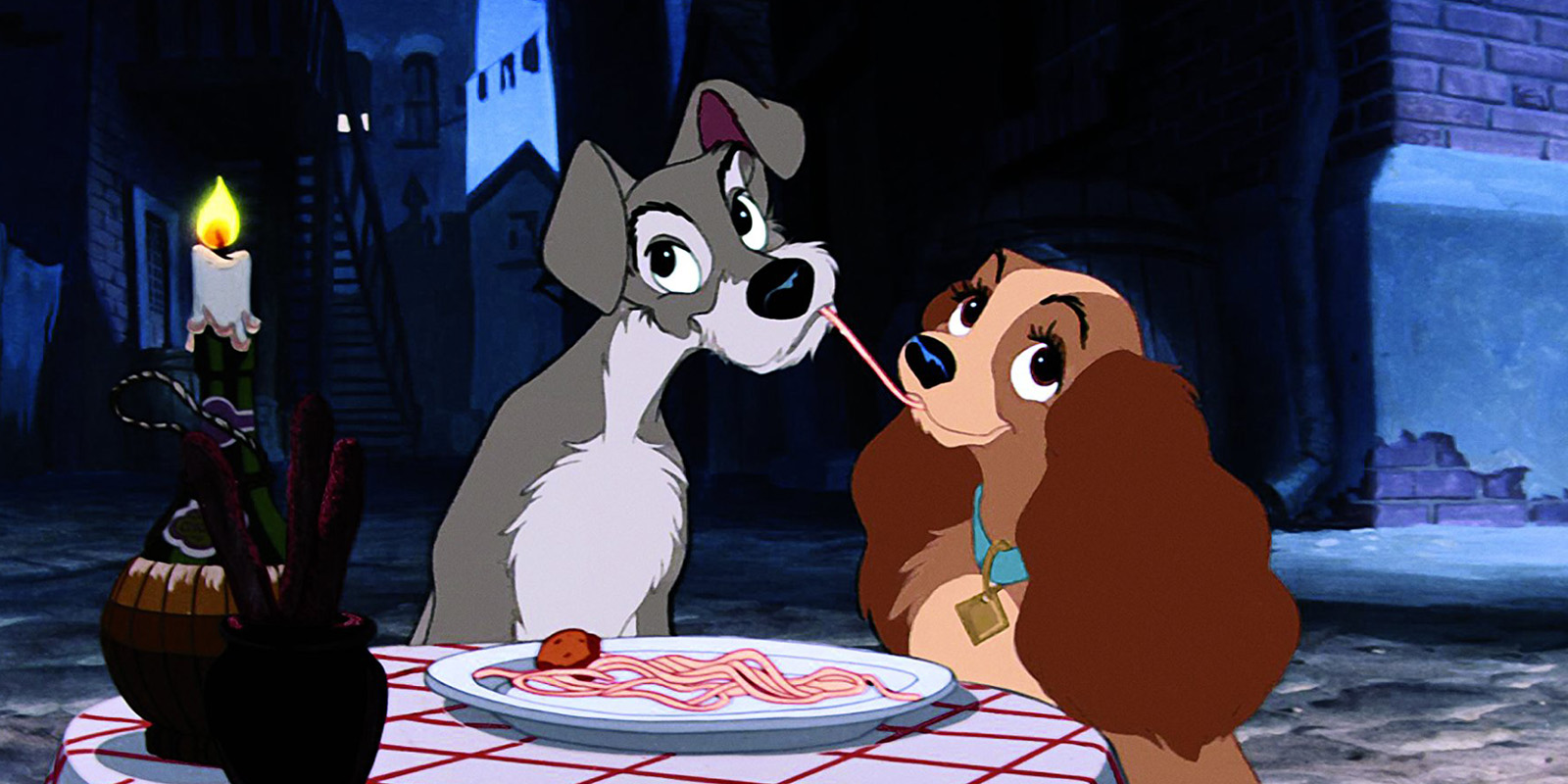 Let’s start with a classic. If you are a dog-lover, you have most likely watched Lady and the Tramp at least once. If you have not, now is the right time! This is an animated movie produced by Walt Disney and it was released in 1955. The story is about a female Cocker Spaniel Lady, who lives with a loving upper-middle-class family, and a stray dog Tramp. The two dogs meet, go through many adventures and fall in love. It’s a romantic story of two characters whose cuteness will melt your heart! 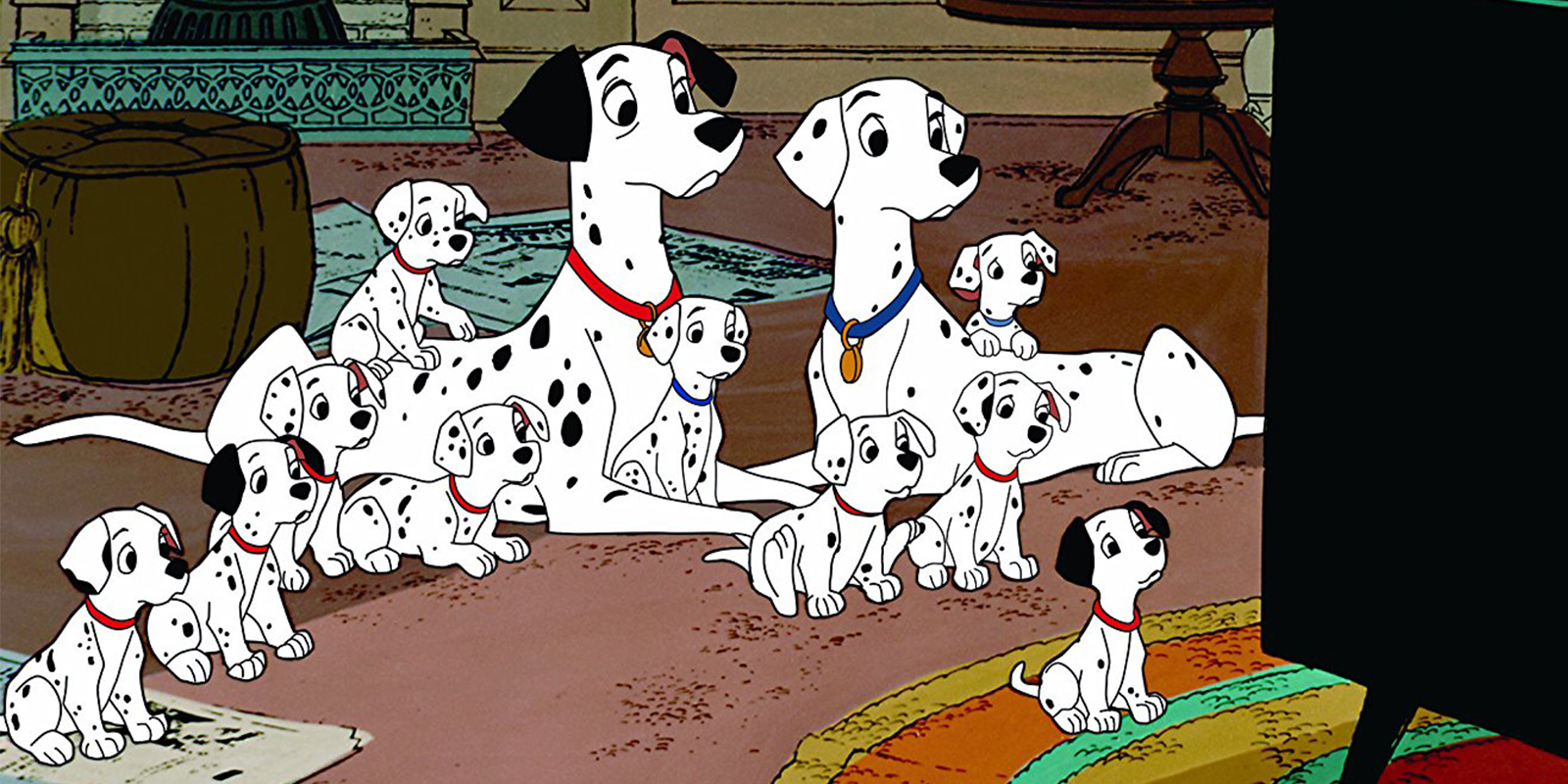 While we’re talking about classic, here’s another one – One Hundred and One Dalmatians! A 1961 American animated adventure film produced by Walt Disney. The movie is based on the 1956 novel The Hundred and One Dalmatians by Dodie Smith. This is a story about love. It shows not just romantic love, but also a love between family members and friends. Pongo and Perdita fall in love and have 15 pups. The litter gets kidnapped by the villain Cruella de Vil, who wants to make their fur into a coat. So their parents, with the help of their friends, set out to save their little ones from Cruella. 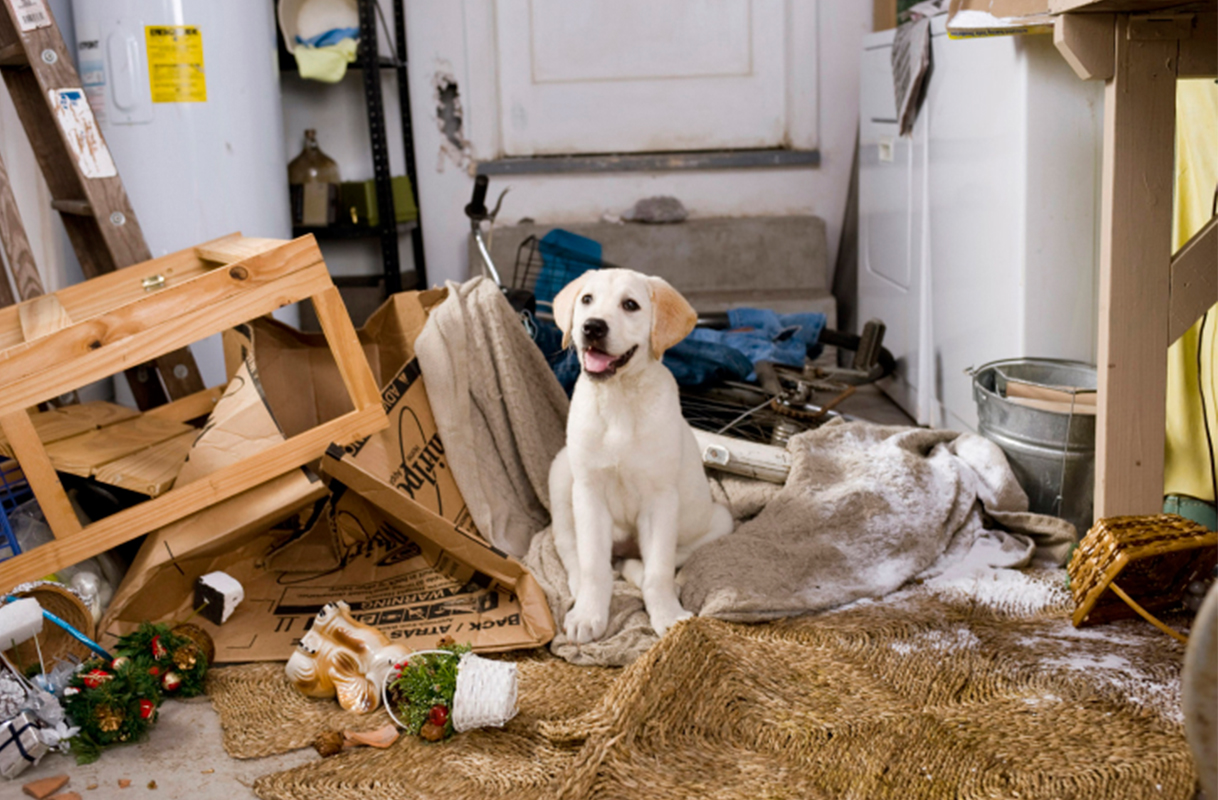 A heartwarming story that will make you laugh and cry. The story is about a Labrador Retriever dog Marley and his human family. The movie shows thirteen years worth of adventures Marley and his family go through. It’s a funny story about bringing a dog home and learning how to live together. The story is relatable and it will make every dog parent appreciate their pet and the time they spend together. Marley is a bit naughty and neurotic, but full of energy and affection. He grows into a strong and always-hungry dog who’s very active and often destructive of his family’s property. The movie has lessons of accepting and learning to love someone’s flaws. It also shows important life lessons a family learns from this naughty and neurotic, but adorable dog! 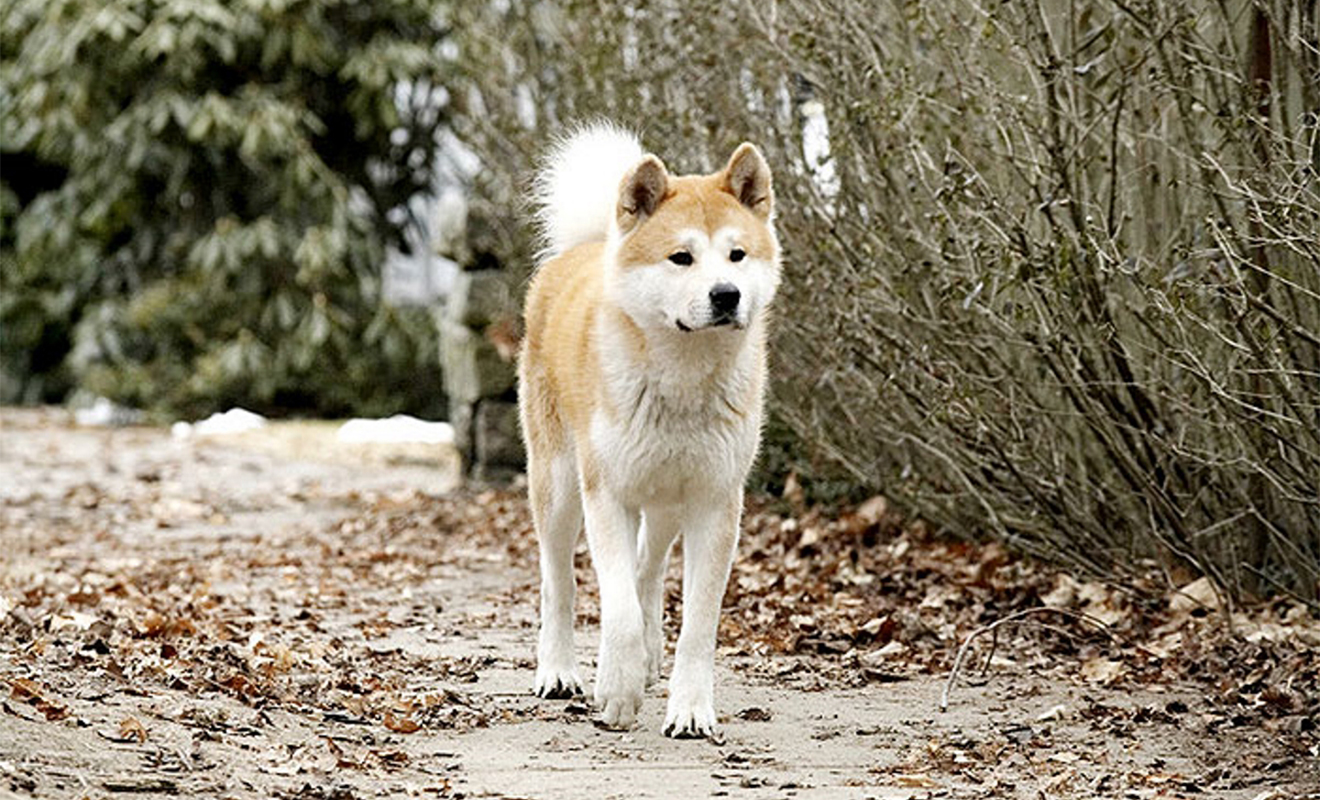 If you are not ready to cry over a movie, do not watch Hachi! The movie is based on a real life story about Hachiko and the love and devotion a man shares with his dog. It’s a sad and powerful story of a bond between a college professor and the abandoned dog he takes home. The narrator is Ronnie, professor’s grandson. He gives a presentation in class about his personal hero, and chooses to talk about his grandfather’s dog, Hachiko. Even though his classmates laugh at him at the beginning, once his presentation is over they fight to hold in their tears. It’s a movie that could make you drown in your tears, but it’s definitely worth a watch. 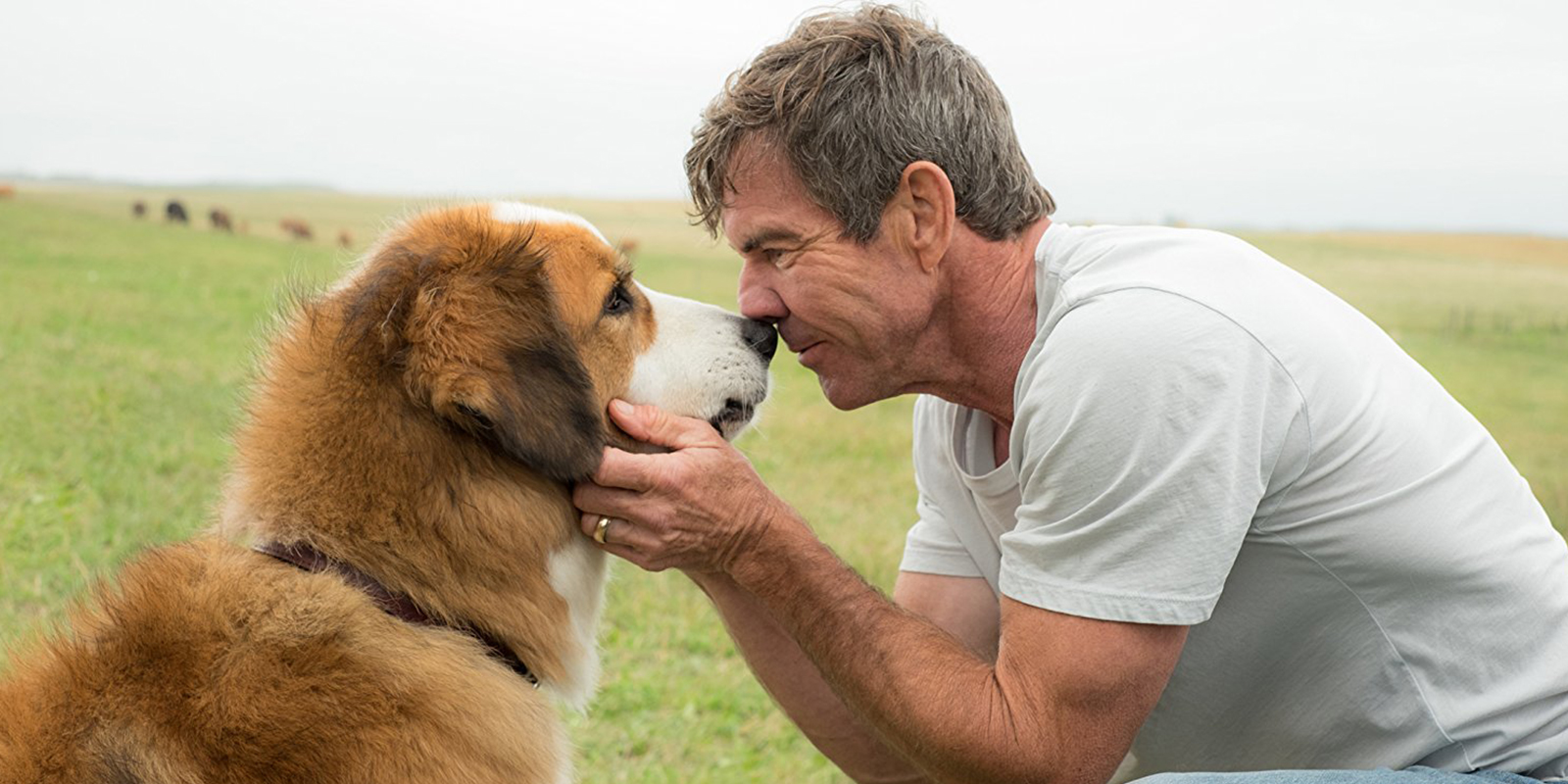 A 2017 American comedy-drama based on the 2010 novel A Dog’s Purpose written by W. Bruce Cameron. The story revolves around a dog in search of life’s purpose. The movie starts with a puppy named Toby who is taken away to the dog pound and is euthanized. He wonders whether “fun” is truly life’s purpose. So over the course of several lifetimes and owners, he searches for his purpose in life. The story follows his reincarnations and the adventures he has with his owners. He forms an incredibly strong bond with one of his owners and tires to find him in his next life as well. Finally he realizes that his purpose in life is to bring happiness to his owner. It’s a great movie for families and dog-lovers to watch.

All Dogs Go to Heaven 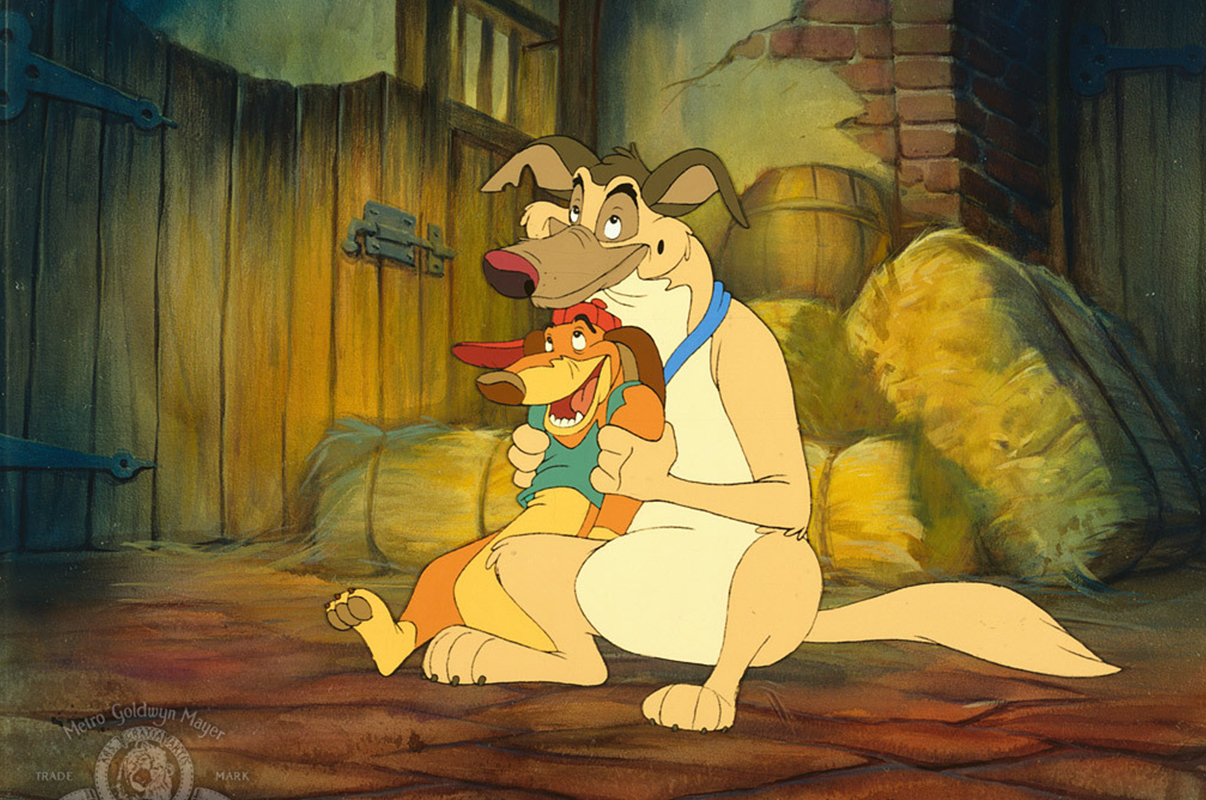 This animated comedy-drama film was directed and produced by Don Bluth in 1989. It tells the story of Charlie B. Barkin, a German Shepherd who gets murdered by his former friend Carface. He goes to heaven, but decides to come back to earth in search of revenge. Therefore he teams up with his friend Itchy and a young orphan girl Anne Marie. She teaches them about kindness, friendship and love. After many adventures, schemes and close scrapes, both Charlie’s and Anne-Marie’s life are at stake. Only one can be saved, and the final outcome depends on Charlie alone. With their fates in his paws, what will Charlie do? 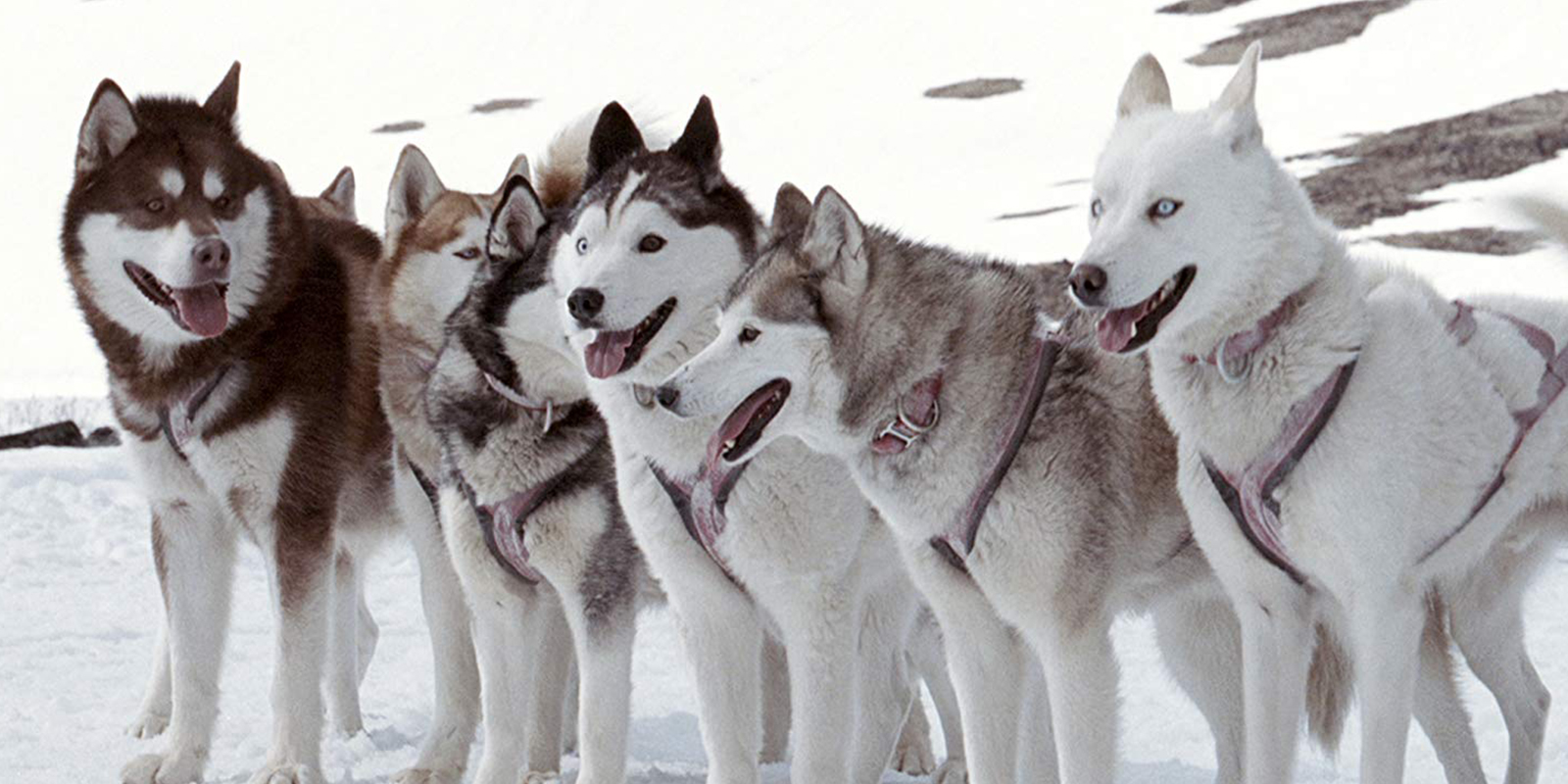 A 2006 American survival drama film. The story is about Jerry Shepard and his dogs. He is a guide at a research base in Antarctica. One one of his expeditions, due to weather conditions he is forced to leave the pack of sled dogs behind and evacuate. He thought he will be able to come back for his dogs right away, but unfortunately it takes much longer. He refuses to abandon them even though he can’t be certain that they are alive. While one part of the story is about Jerry finding his way back to his dogs, the other part focuses on the dogs and their way of surviving while waiting for Jerry. The story shows how true friendship works, and what are real friends willing to do to help each other. Eight Below is a story that focuses both on human and dog characters, separating the narrative and bringing it together at the end. 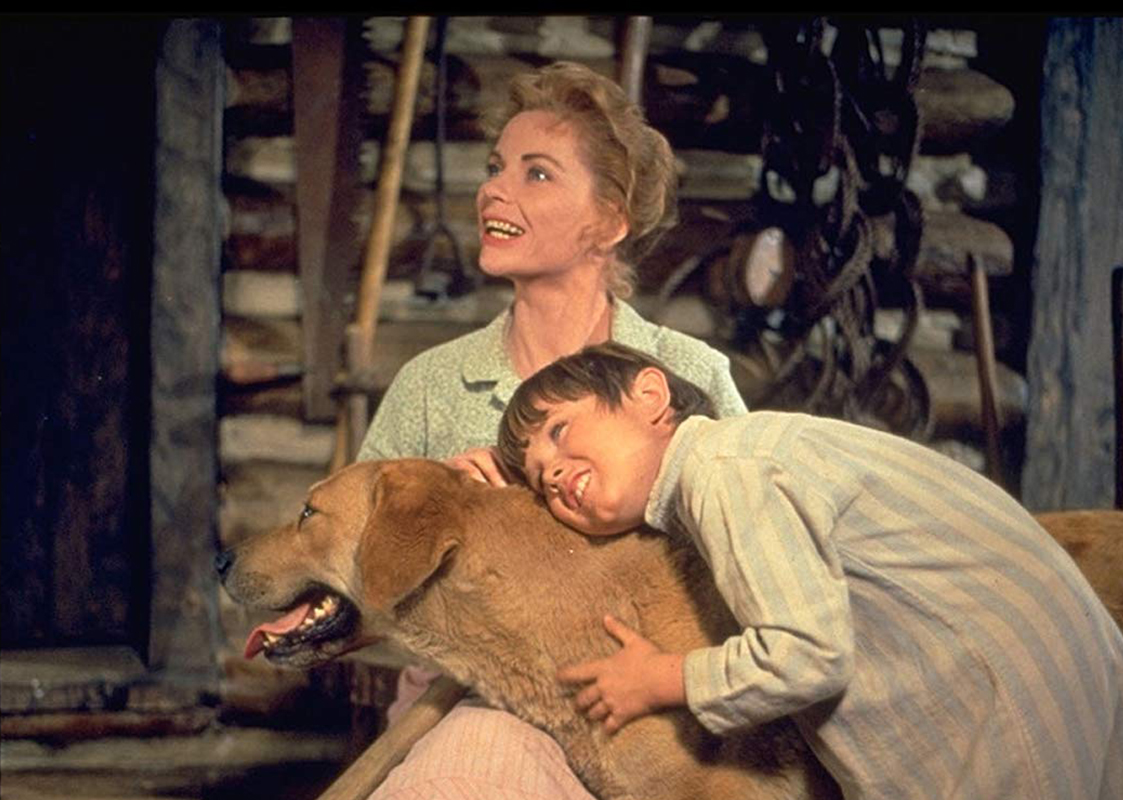 An old classic that can still move us and tugs at the heartstrings of adults and kids alike. The story depicts the true highs and lows of owning a dog. First of all it reminds us of the fun and responsibility of having a dog in our life, but also of the pain of their loss and the memories one cherishes forever. The story is set in Texas in 1800s, when a teenage boy Travis finds a Labrador Retriever/Mastiff mix dog. He and his family grow to love the stray dog they named Old Yeller. And soon what they thought was good-for-nothing mutt turns to be a pet beloved by all. Unfortunately, Old Yeller meets a sad ending that teaches Travis about life and death.

The Fox and the Hound 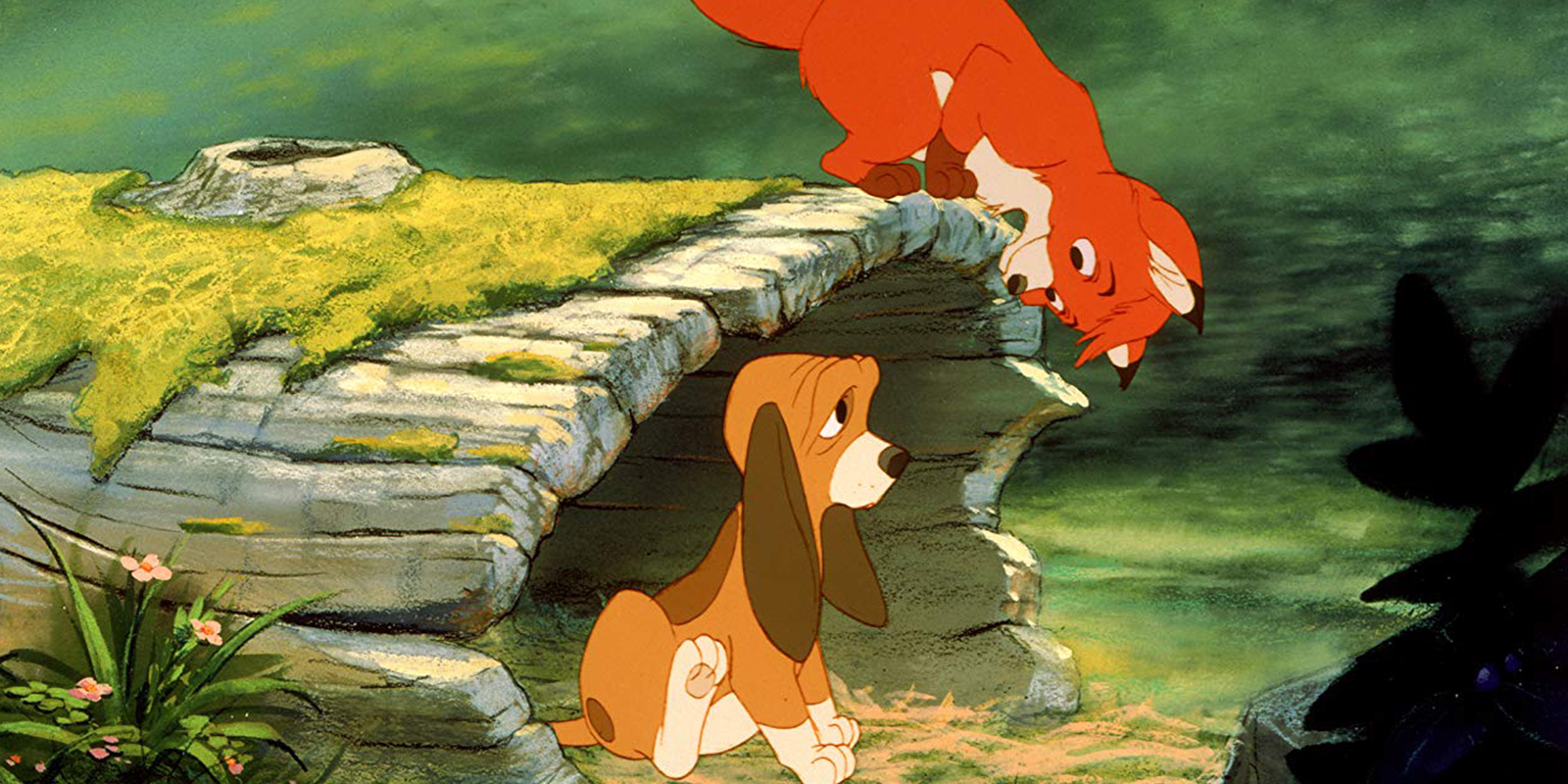 A 1981 American animated drama film produced by Walt Disney Productions. The Fox and the Hound doesn’t only entertain us, but also raises important questions and teaches great life lessons. The story is about two childhood friends who society is forcing to become enemies. But more that that, it’s a story about true friendship. It shows how friendships go beyond differences and similarities. Tod and Cooper became friends at young age but are now facing the question whether or not foxes and hounds are natural enemies. This is a statement towards the role society and its norms have in enforcing prejudice and hatred towards those who are different. It’s a heartwarming story about life, growing up, society and, most of all, the power of true friendship. 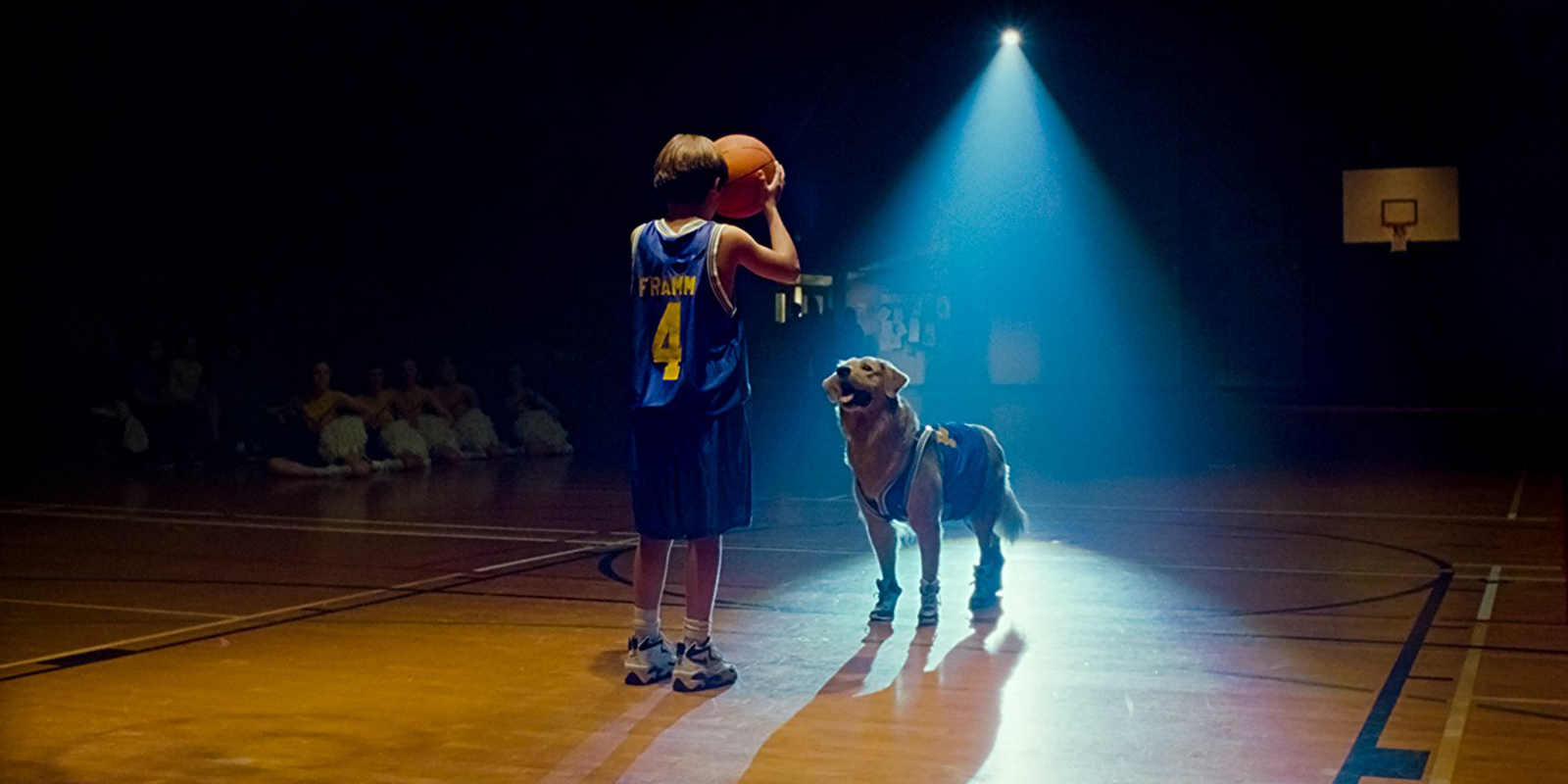 Air Bud is a 1997 comedy film that depicts a bond between a young boy and a talented stray dog and their adventures. Josh is a new kid in town too shy to make new friends or try out for the basketball team. He loves basketball so he practices alone on an abandoned court. One day he befriends a runaway Golden Retriever named Buddy. He realizes that Buddy is talented and can play basketball as well. This is how they become instant friends. But Buddy’s previous owner appears and causes trouble for the pair. It becomes uncertain whether Buddy and Josh will be able to stay together and play the sport they love. 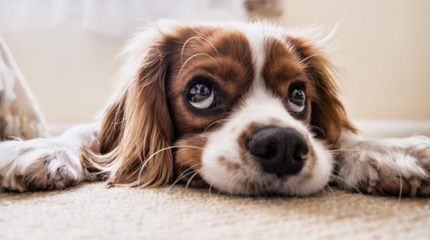 How Effective Is CBD In Treating Bladder Cancer In Dogs?

Author: Alexandra Doherty Cannabidiol or CBD is an endogenous chemical in plants of a particular species called Cannabis sativa. The plants of this species are ... 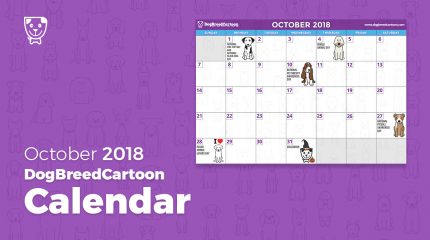 This month as well, DogBreedCartoon has prepaded a calendar for you! Let’s see what is waiting for us this October! National Fire Pup Day Lots ... 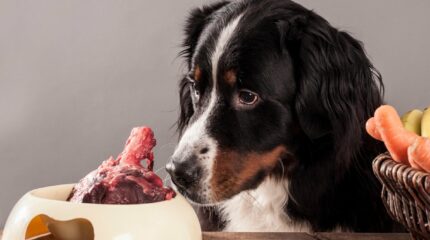 Author: Paulius Narkevičius Maintaining a balanced diet is crucial for topping up your dog with the right nutrition and maintaining a healthy life. However, choosing ...