Get To Know The Belgian Malinois

Belgian Malinois are highly intelligent and loyal dogs. They are full of energy, love to work, and thrive when pleasing their owners. These dogs are herd dogs, which means they need a job to do, but once they have one, they will work with steadfast dedication.

If you’re considering one of these excellent dogs for your family, read on to get to know more about the Belgian Malinois.

Where Did They Come From?

The Belgian Malinois originates from Belgium, where they were bred in the late 1800s and their name comes from the city of Malines, where they were originally trained. These dashing dogs first arrived in the United States around 1911 and gained popularity as working dogs during WWI.

In 1959 they were recognized by the American Kennel Club, and by the 2000s, they were widely introduced into use as military and police dogs. They have historically served as working dogs in a variety of positions, including drug detection and search and rescue.

These hardworking dogs have even been part of Navy SEAL teams. They can wear body armor, use night-vision goggles, and skydive with the best of them.

The Belgian Malinois stands around 22-26 inches in height and weighs 40-60 pounds for females and 60-80 pounds for males. Their coat varies from fawn to reddish-brown with a black-tipped tail, feet, ears, and muzzle.

While they sometimes get mistaken for a German Shepherd, they are very separate and distinct breeds.

Belgian Malinois are bred to be working dogs, and as such, they thrive when given a job to do. They have an incredibly high intellect and can be trained to do nearly anything. Because they are so active, they need a minimum of two to four hours of activity daily so they won’t get bored.

If they’re bored, they’ll get anxious and restless and get themselves into trouble.

To live in harmony with small children or other pets, socialization from an early age is critical. Due to their strong herding drive, they’ll also need consistent training to not run after other dogs or cyclists.

These energetic dogs need daily exercise in the form of brisk walks, jogs, or running alongside you while you ride a bike. They also do well when given time to run freely off-leash.

Training is imperative to ensure proper behavior is built in from the start. They are excellent show dogs and love performing tasks that involve focus, endurance, and discipline. Belgian Malinois can excel in dog sporting events, especially when they are bonded to their owner.

Bottom line: these dogs need to live active lives with lots of time with their owner and tasks that challenge them intellectually, or they’ll get bored.

What Care Do They Need?

These dogs have a short, straight coat that his highly weather resistant. They shed seasonally, so a good brushing is necessary when you notice more shedding than usual. Since they are so active, their nails are often kept short naturally, and they only require infrequent trimming.

Dental hygiene is similar to any dog, and their teeth should be brushed two to three times a week. They should only need three cups of food per day and should be fed precise amounts to avoid overeating and obesity.

What Health Issues Do They Have?

Belgian Malinois are generally very healthy if appropriately bred according to the American Kennel Club breed standards. They can, however, be susceptible to hip and elbow dysplasia in addition to progressive renal atrophy.

In general, you can expect a Belgian Malinois to live from 14-16 years.

What Type of Family Do They Need?

These dogs are fiercely loyal and dedicated to serving their owners. They need jobs, such as a role in protecting the family, to feel useful, stimulated, and part of the pack. In fact, the Belgian Malinois protection dog is one of the most popular guard dog breeds

The best families for this breed are those that will be around to spend time with their dog outside and provide continuous training opportunities.

Families that are gone most of the day and can rarely spend active time playing with or exercising their dog would not be a great fit for a Belgian Malinois. They need to be part of a family with a strong leader and a well-defined role that gives them purpose and fulfills their deep desire to work.

The Belgian Malinois is a beautiful, capable, and intelligent dog. They are incredibly hardworking, thrive on activity and intellectual stimulation, and need a roll in their family. While they are generally healthy dogs, they are prone to genetic disorders and should be watched for signs of dysplasia.

Families that can devote consistent time to exercising and bonding with their dog are the best for this loyal and loving K9. Now that you know more about this breed, do you think a Belgian Malinois would be right for your family? 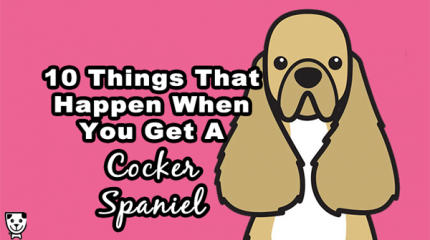 10 Things That Happen When You Get A Cocker Spaniel

From the moment you gazed into that fuzzy little face, you knew your life was about to change. But there’s some things that nobody tells ... 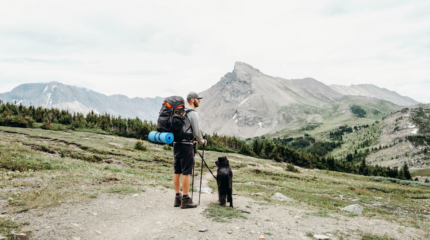 Top Tips to go backpacking with your dog

Author: Ninoslav Kadric A backpacking trip with your pup may sound like a fun adventure to you, and it can be. However, just as with ... 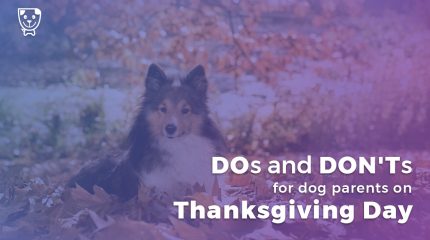 DOs and DON’Ts for dog parents on Thanksgiving Day

The time for tasty holiday meal we’ve all been waiting for is finally here! Happy Thanksgiving everyone! We hope you have a wonderful time with ...