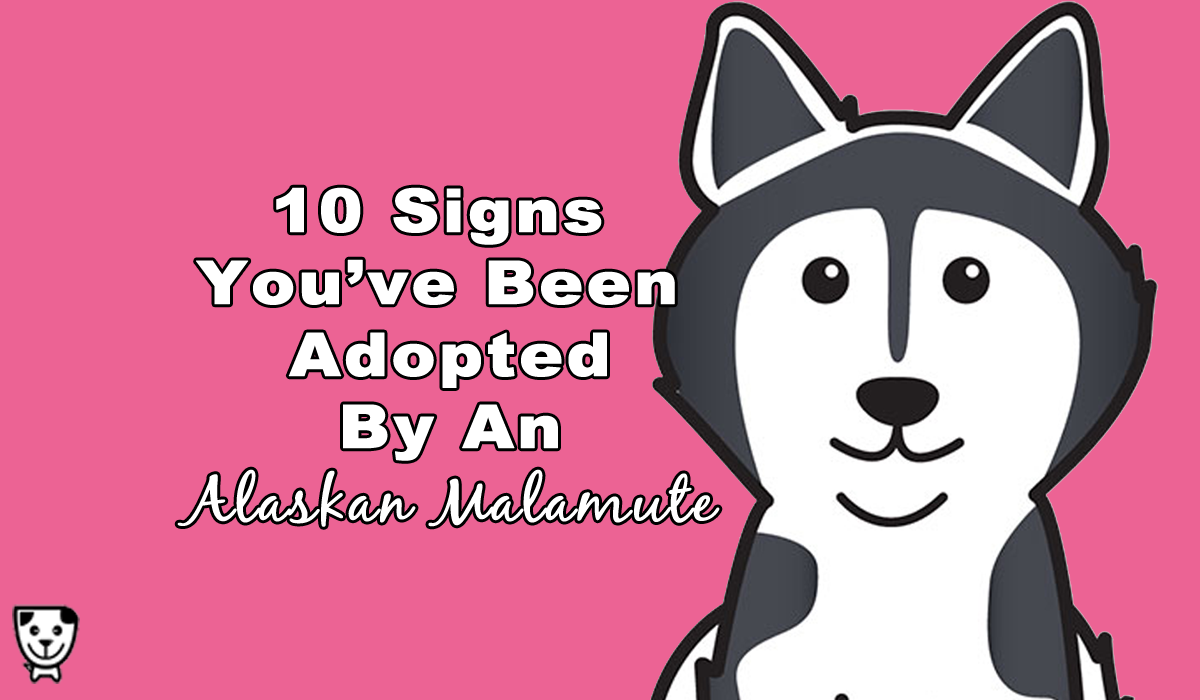 10 Signs You’ve Been Adopted By An Alaskan Malamute

Being adopted by an Alaskan Malamute is a special honor. While most dogs are simply owned, a Mal develops a very different kind of relationship with their humans. It’s something that you have to experience to truly understand, and it’s a sensation that slowly sneaks up on you in the months following the very first time you brought the dog home.Here’s how you’ll know if you’ve truly been adopted by your Mal:

When you’re adopted by an Alaskan Malamute, you’ll soon come to understand that most of your delicious dinners come with a tax. You’re obligated to give your Mal at minimum one bite of your tasty, dog-appropriate food (including plain or lightly seasoned meats, fruits, veggies and ice cream.) Many people do not realize, however, that a Mal bite is equivalent to three human bites, and there’s an extra tax on bacon. Bacon tax is one full strip, chewy and crispy side included.

2. Your Alaskan Malamute takes you for walks

A dog will join you for a walk, but a Mal takes you for a walk. Your sleddog will honor you by leading the way, pulling at the leash if you lag behind. While you will have to find a way to compromise on this through training, it helps to spend at least some of the time at top speed. Lazy Sunday strolls in the park are not for most Mals, and you’ll quickly develop a taste for fast-paced adventures with your big fluffy pup.

3. You are serenaded multiple times per day

An Alaskan Malamute lives life as though they’re starring in a Broadway musical. You never know when they’ll break into song, but it typically happens when an ambulance wails by with its siren, or when certain songs come on the radio. Though triggered by different sounds, a Mal truly brings music into your life as a way to make you happy. It’s okay to sing along!

Personal space isn’t a known concept for a Malamute. Once your Mal falls in love with you and adopts you as one of their own, they’ll let you know each day with big, sloppy kisses. They always seem to know when you’re unaware, and will slip a tongue in your mouth when given the chance.

5. Your Mal questions your decisions

When you call your Malamute inside while they’re on the trail of a tasty squirrel, you’re not going to get a response. Just because a Mal adopts you, it does not mean that they will blindly follow your orders. They realize that if you knew how close that squirrel smelled, you’d understand why they don’t want to come inside. Training a Mal takes some negotiating and plenty of patience, as well as reasonable expectation.

6. You wear the Alaskan Malamute uniform on a daily basis

It doesn’t matter if you just bought a new outfit – it’ll be covered in Malamute fur in no time. Lint rollers take multiple passes to pick up stiff strands of overcoat that get stuck between the fibers of the fabric. Your Mal wants people to know that they have adopted you, even when you leave home without them. Proudly wearing the Alaskan Malamute uniform – any garment sprinkled with Mal fur – is your only option, as more seems to appear as soon as you try to remove it.

7. Your home is decorated with Alaskan Malamute artwork

From paw prints on the furniture, to gnawed doorframes, to nose-prints on your windows, a Malamute creates abstract artwork that can be difficult to appreciate if you have not been adopted by one.

8. Your Mal keeps you warm even when you don’t think you’re cold

It’s nice to have a big, fluffy dog in the winter to keep you warm. But once you’re adopted by a Malamute, they will take your temperature control to the next level. Even when you think you’re fine, or even warm, your Mal will show you that, to the contrary, you’re actually in need of a big fluffy hug. No matter the temperature, you could always use a Malamute hug.

You’re allowed to groom your Malamute.

When a Malamute adopts you, you become in charge of their brushing, especially when they blow their coat. While they do shed to adapt to the seasons, it’s also just another way of getting extra attention from you. Grooming can be a bonding activity, and if your Mal allows you to detangle their long butt fur without much fuss, you know you’ve officially been adopted.

9. You get great joy from watching your Malamute sleep.

Your Malamute always brings you joy, even when they’re not even trying. Even when they’re doing nothing at all. Nothing is more calming or meditative than watching a Mal sigh, snore, kick and twitch while they dream. To enjoy all of your Mal’s special little moments is to be their very favorite human.

When you’re owned by an Alaskan Malamute, there are not many reasons to leave home, but it still happens on occasion. When you do come home, you’re welcomed with a loud, elaborate, bouncy, fluffy greeting. It doesn’t matter if you’ve been gone for ten minutes or ten years – your Mal will be overjoyed to see you!

Download artwork of your fluffy buns
Cartoon my Malamute! 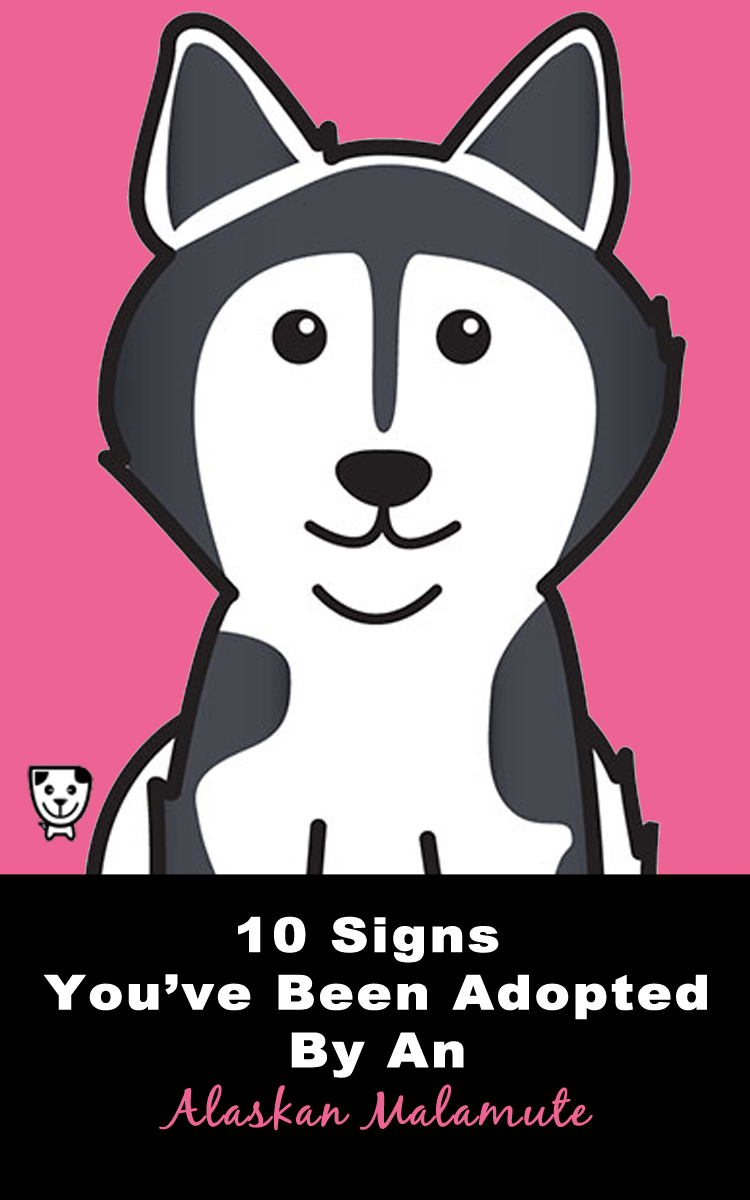 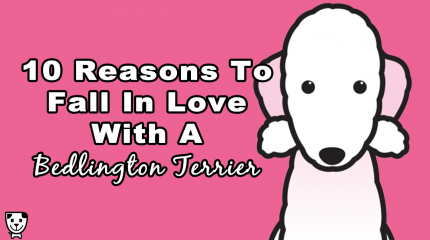 10 Reasons To Fall In Love With A Bedlington Terrier

Have you met a Bedlington Terrier? If not, you’re about to fall in love. If you’re already in love with a Bedlington, no doubt you ... 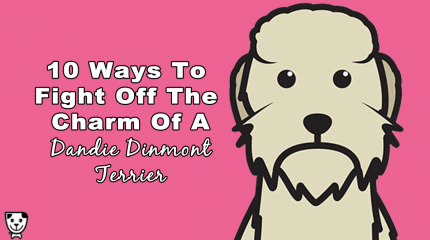 Does a Dandie Dinmont Terrier live in your home? Most likely not, because these dogs are hard to come by. If you ever encounter a ... 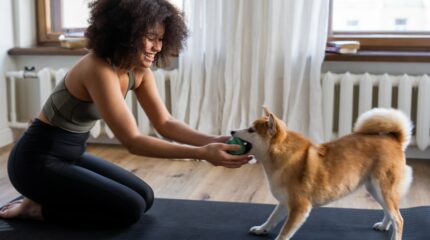 Is Pet Insurance Worth the Cost?

Author: Isa Summers If you’re like most pet owners, you invest a lot of time and energy into your lovable friend. Whether you have a ...